Get certified to teach Memory Maintenance Yoga and help your aging community thrive.

Do you know someone with memory issues?

Make a real impact in your community and offer classes to improve memory for a lifetime of wellbeing.

We are told there is no cure for the disease, yet new research in functional medicine is showing that a holistic wellness approach can help slow, prevent and even reverse the Minor Cognitive Impairment (MCI), dementia and AD.

Yoga and the yogic lifestyle is a big piece in this. That’s why we developed this Memory Maintenance Yoga Teacher Training.

This training, using a research-driven approach, is focused around seven basic components of a Memory Maintenance Yoga (MMY) class.

We’ve developed this training to give you the background, research, statistics, components for memory maintenance, and the tools for you to develop your own unique MMY classes.

Since memory loss conditions develop as we age, many of your students may be older. We present modifications for common conditions affecting seniors to make MMY classes accessible to them.

Be at the forefront of implementing the new functional medicine research through a yoga approach. This 20 Hour CE/ADP course will certify you to help the large and increasing population at risk for memory impairment that can be imminent as part of the aging process.

In just 4 weeks be able to offer MMY classes to your community.

"I was thrilled with the expertise and knowledge we were exposed to by Liz and David..."

“…during each component of the Memory Maintenance Yoga Teacher Training Online Program, in each week’s lectures, videos and practice library! I really appreciated the 7 Elements as the foundation in sequencing a class, as well as the practice library, which provided an incredible amount of knowledge and guidance that I am now able to share with my students. My teaching focus and techniques changed after just one week of the training. Prior to this training, I had completed my 200-hour in 2009 and then 5 additional trainings and certifications with an emphasis on the senior population. Although my classes incorporated the majority of the 7 Elements, my class focus was on the heart and the body. The 7 Elements, 4 Pillars of Prevention, and the Sound Bites made it so clear that my teaching would be inclusive of the heart, body, and the brain as one entity keeping our bodies alive. The live-calls were great because I loved that this online training had one day each week to connect as a community. I would absolutely train again with Soma Yoga Institute! Additionally, I have already forwarded the Soma Website and MMY training information to a number of my colleagues. This training has impacted the way I am now teaching my classes, which of course provides invaluable benefits to my students.” 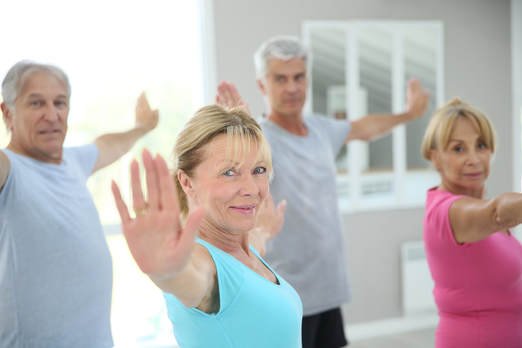 Upon full completion of this program, you will receive 20 Yoga Alliance Continuing Education Credits and a “Memory Maintenance” Certification, an extra credential that will allow you to let studio owners and your community know that you have been trained.

"I just wanted to express my appreciation and gratitude for our instructors..."

“…I have taken dozens of courses since I became an RYT five years ago and I took hundreds of CEU credits when I was a school teacher. I have never been given so much value in such a short course. The online Memory Maintenance Yoga Teacher Training featured great information, was well thought through, and offered a good mix of the practical and theoretical. Additionally, it was taught by teachers (David and Liz) who clearly really cared about the subject and the students. What more can you ask for in a program? From day one I began implementing the Memory Maintenance yoga tools and techniques into my own practice and my teaching. I loved watching the videos with all the practical useful asanas, tips, and explanations. The Zoom meetings were great. I will take many more with Soma Institute and will recommend you everywhere I go! Off to teach and demonstrate some of my new learnings.”

Content will be delivered to you in clear, concise and practical lessons. The course will include video, slides, lectures, Q&A, discussion and homework actionable items for the direct application of the techniques into your group classes.

The structure of this course is designed for you to get the greatest benefit, apply what you are learning and work it into your busy schedule.

While this is a four-week course, it is also self-paced so you can take as long as you like to view and practice the material. In fact, you will have a lifetime of access to the material so you can re-learn and deepen your understanding and application of the principles again and again. To get through the full curriculum, content and assignments expect to invest approximately 5 hours of time per week for four weeks. If you take longer to complete the certification aspects of this program that’s just fine, you actually have an entire year to complete the requirements and receive 20 CEs with Yoga Alliance and the Memory Maintenance Yoga certification.

Week 1 :
Orientation to the course and introductions with Liz Heffernan & David Webster

Do I have to be a yoga teacher to benefit from this course?

Absolutely not. While the course is primarily geared towards yoga teachers, all students of yoga will benefit if they are interested in learning what they can do to prevent cognitive brain impairment.

Do I have to be teaching yoga currently to take this class?

No, you will still benefit greatly with the study, and, who knows the course may just re-inspire you to begin teaching again to serve your community. For certification, there will be homework that includes teaching some of the sequences. It would be helpful if you can find a friend or family member to help you with this part. If you are currently teaching yoga, you will be able to apply the lessons each week with focused direction and guidance in your classes.

Is this course eligible with Yoga Alliance for Continuing Education Credits?

Yoga Alliance teachers are required to complete at least 30 hours of continuing education every three years to remain active. This online program counts as 20 Continuing Education (CE) units with Yoga Alliance. Attendees must complete the course in its entirety to be eligible for these credits. If the four-week pace of the course is not feasible, students will have one full year from the date of registering to meet the requirements.

How much time is required per week to complete the course?

The course is structured as an intensive. While the course provides approximately 4 to 5 hours of curriculum and assignments per week, students have the choice to keep pace with the course or work through the material in their own time.

David Omkar Webster is the founder and visionary of Better Living Yoga, a unique yoga studio in Southern California catering to adults 40 and beyond, where everyone is welcome! David’s passion is yoga for wellness. Therapeutic/alignment-based/mindfulness yoga is a key component of the positive healing results of new functional medicine research. At Better Living Yoga, yoga is practiced to prevent and reverse chronic conditions.

David’s passion is helping to prevent memory loss that can lead to Minor Cognitive Impairment (MCI), dementia and Alzheimer’s. Brain health and wellness is personally important to David because his sister died from early onset Alzheimer’s disease at 58 years old. Now, research studies are showing that yoga and related lifestyle changes can slow and possibly prevent or reverse these memory loss conditions.

David is pioneering the implementation of Memory Maintenance Yoga (MMY). He has successfully incorporated MMY classes into Better Living Yoga’s schedule. In partnership with Soma Yoga Institute, David has developed an on-line MMY teacher training for certified yoga teachers nationally and globally to offer MMY classes for slowing the progression or even preventing the onset on these epidemic proportion memory loss diseases.

From “rocket scientist” for the Pentagon’s Naval Aviation and Cruise Missile Project, through being a corporate executive, to expat day-trader, to skincare entrepreneur, experiencing a 10-year spiritual journey and yoga life-style immersion… he is uniquely suited to his role as a yoga professional. As an inspiring leader and pioneer, combining science and sutra, he is paving the way to transform our society’s toxic paradigms into a more holistic approach to wellness.

David has been inspired by yoga ever since his grandmother introduced him to it in 1969. In the mid-90’s yoga helped him overcome debilitating back problems caused by stress. After retiring from corporate America in 1997, yoga became an integral part of his daily life. He completed his 200 hour Yoga Alliance certified Sivananda teacher training in 2005. In 2006 & 2007 he made pilgrimages to India to expand and intensify his knowledge of yoga. He taught yoga in Hawaii for eight years while living in an intentional community at an international retreat center. While in Hawaii he immersed himself in AnusaraTM Yoga teacher training, studying the Universal Principles of Alignment and associated Kashmir Shaivism Tantric philosophies. In 2017, he completed his therapeutic-based 500 hour Yoga Alliance certification through Better Living Yoga/Soma Yoga Institute.

His initiative now is to impact the health and wellness system through yoga and the yogic lifestyle.

“The pain that lies ahead, can and should be avoided.” -Patanjali. 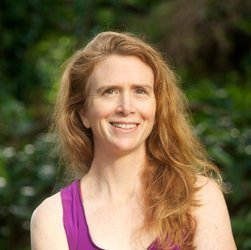 is a gifted international yoga teacher, a certified Yoga Therapist and long-term practitioner. She combines her in-depth knowledge of bio-mechanically safe alignment principles with insights and practical wisdom gained from over 22 years of yoga teaching & immersive study.

Liz is the founder and director of Soma Yoga Institute, a worldwide yoga teacher training school that embraces a therapeutically-oriented, heart-centered approach. Her teachings and programs, heralded by many as truly inspirational, serve to impart Yoga as a vehicle for vibrant health, self-transformation and personal empowerment. In her work as a yoga therapist, Liz specializes in helping seniors age gracefully and is highly skilled in adapting practices to meet the complex health challenges associated with aging. Additionally, Liz serves as a faculty mentor for the Kripalu School of Integrative Yoga Therapy and supports professionals on their journey to become yoga therapists.

Liz’s approach combines anatomy-informed alignment & mindful breathing paired with authentic wisdom inspired from the source teachings of Yoga. Liz believes that the path of Yoga brings greater ease, not just to the individual, but to all beings everywhere, ultimately uplifting planetary consciousness one conscious breath at a time.

This entire program is yours for only

"Through this training my understanding of yoga, the human body and mind have deepened greatly, enabling me to feel confident in bringing the healing powers of yoga to others.​"