A newly published study has described the successful results in mice of a novel vaccine designed to prevent neurodegeneration associated with Alzheimer’s disease. The researchers suggest this “dementia vaccine” is now ready for human trials, and if successful could become the “breakthrough of the next decade.”

The new study, led by the Institute for Molecular Medicine and University of California, Irvine, describes the effect of a vaccine designed to generate antibodies that both prevent, and remove, the aggregation of amyloid and tau proteins in the brain. The accumulation of these two proteins is thought to be the primary pathological cause of neurodegeneration associated with Alzheimer’s disease.

PrevPreviousCan Diet Improve Mental Health? Examining the Link Between the Brain and What You Eat
NextWhy David Perlmutter, MD, Wants You To Eat Broccoli Sprouts This YearNext 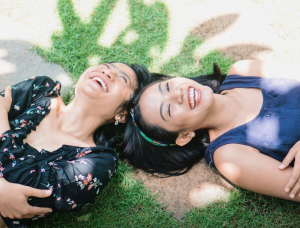 Laughter Acts as a Stress Buffer, and Even Smiling Helps

A Blood Test Can Predict Dementia. Trouble Is, There’s No Cure