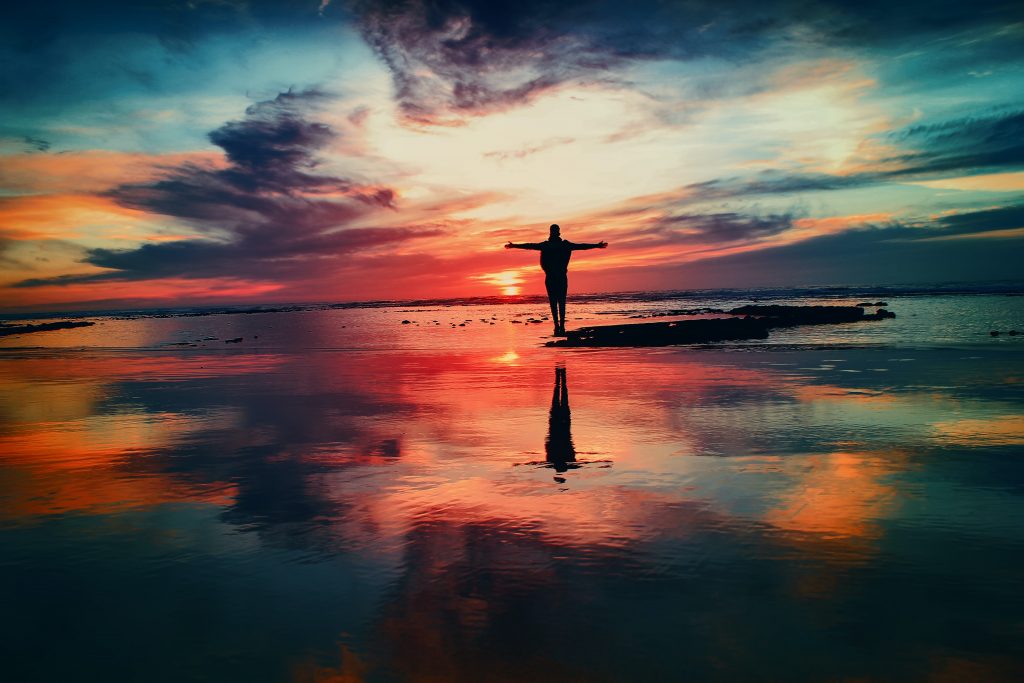 Increasingly, research shows the American population becoming more spiritual. A recent study from the Pew Research Center reveals that approximately 60 percent of adults say they regularly feel a deep sense of “spiritual peace and well-being, which is up seven percent since 2007. Additionally, almost 50 percent of American adults reported they experience a deep sense of “wonder about the universe” at least once a week, a statistic which is also up 7 points over the same period. The same study also revealed that about half of American adults reported thinking about the meaning and purpose of life at least once a week. Not to mention adherence to spiritual practices, like yoga, which is practiced by 8.7 percent of Americans grows in population yearly. Thus, it seems the U.S. population increasingly engages in thoughts and behaviors which are considered hallmarks of spiritual practices.

Stress is rapidly becoming known as one of the major contributors to chronic illness and premature aging. Prolonged stress wears on the body, causing inflammation which, over time can cause ailments from Alzheimer’s to heart disease. Stress management practices are thus important elements of a wellness-lifestyle. Research increasingly indicates that spiritual practices reduce stress and suggest spirituality serves as an effective coping mechanism against the adverse effects of stress. Research also indicates that spiritual people are more able to cope with a broad range of adverse events from medical illness, to terrorism, to natural disasters.

Spirituality and associated practices like yoga can also help relieve stress’ well-known cousin, depression. The effects of spirituality on depression has been studied since the 1960’s, and generally research finds that those who are spiritual report lower rates of depression and faster recovery from bouts of depression. One study found that spirituality, over time, may reduce one’s risk of depression up to 75 to 90 percent. Thus, spirituality can help to balance out moods in addition to helping you manage stress.

Not only will spirituality likely help you avoid and relieve negative emotion, studies suggest it may also help you focus on the positive as well. Spirituality has been found to be positively associated with a number of positive emotions including: well-being, happiness, hope, optimism, meaning and purpose, high self-esteem, and a sense of control over life.

In addition to improving the quality of your life, research indicates spirituality and practices like yoga and meditation may actually help to lengthen it and ward off disease and disability in old age. One study found that persons with higher spirituality had an 18 percent lower rate of mortality. In a study of elderly adults, researchers found that those who were more spiritual experienced less‐severe illness and less medical comorbidity as well. This evidence suggests that spirituality helps protect health across the lifespan.

For those who may be toward the end of their life or who already deal with a great deal of disability due to physical pain, spirituality may also offer relief.  Evidence suggests that spirituality is effective in helping patients manage chronic pain conditions such as fibromialgia. Thus evidence suggests that spiritual practices are helpful not only in coping with emotional distress, but also with physical pain.

It is apparent based on recent research that spirituality and spiritual practices such as yoga have the ability not only to enhance life within the realm of spirit itself, but that it’s benefits are much broader. Due to their holistic nature spiritual practices have the ability to enhance wellbeing at any stage of life, and whether mental or physical. Spirituality is increasingly being found to be a powerful tool in promoting both health and longevity.

7 Foods to Balance your Heart Chakra